An octopod of reviews for your pleasure

Oh, woe is me, I am late again with reviews. So lax. So lazy. I humbly beseech thee, prithee, forgive me.

I have been rather busy, actually, what with the job, the second novel coming out, the book trailers I am working on, etc. But tonight, I am all yours, with one caveat; I have an abundance of novels already read this year, and simply cannot give the time I normally would to each title (worthy though many of them may be). So, here now, a whole slew of novels, each reviewed in three to four devastatingly incisive sentences.

Voluptuous Pleasure: The Truth About the Writing Life - Marianne Apostolides

Pirate Therapy and Other Cures - Mark A. Rayner 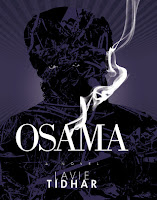 And there you have it, eight reviews to sate your appetite. Get though all of them, and win a t-shirt!

Thanks for the nod re: THE LAST HUNT. Every author should venture outside their comfort zone and writing a western certainly took me far from my usual, odd environs.

But it was important to me to remain true to the genre and touch on some of the themes and notions that made cowboy movies so important to my formative years.

I'm a HUGE fan of Sam Peckinpah's and anyone who thinks western novels can't achieve real greatness has never read Alan LeMay's THE SEARCHERS. My intention was to do justice to the best work the field has produced and I'd like to think I achieved that modest end.

Bless ya, lad, keep puttin' pen to paper. Looking forward to your next release.